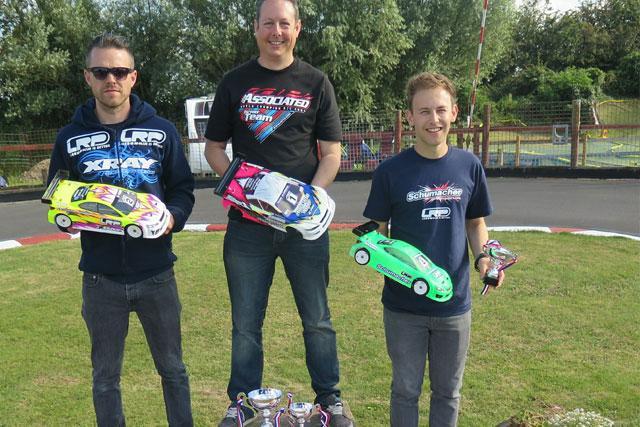 Round four of this seasons BRCA touring car series took place over last weekend at the popular Mendip track near Weston Super Mare. Going in to round four there was the possibility of the modified class being sewn up if Chris Grainger won, so far this season we have seen three different winners, Chris Grainger took the win at Cotswolds, round two at Adur saw a win for Elliott Harper and the last round at Halifax saw Olly Jefferies master the mixed conditions and take victory.

In the modified super touring class tyre strategy would play a major part in the overall result, Chris Grainger sat out round one of qualifying to put himself on a different strategy to his main championship contenders, this proved to be an inspired decision as the Associated driver would go on to take TQ and pole position for the A final ahead of the X-ray of Olly Jefferies, Matt White always goes well and his TC7 would be third on the grid ahead of the Schumacher of Elliott Harper, the top five was completed by Paul Pinkney

Grainger took leg one of the A final the result looked to be done and dusted and the title possibly heading the way of the Associated driver but an uncharacteristic error given a faultless performance up this point by Grainger let Jefferies in and the X-ray driver took leg two setting up an exciting leg three finale, with both drivers now on tyres with similar amount of wear it was Grainger that went on to take the leg and the meeting, Jefferies would have to settle for second, behind these two Elliott Harper salvaged a podium place in third at a meeting where he never really looked on top form and just seemed to lack the consistently needed to challenge the top two

The championship is almost in Grainger’s pocket now with one round to go, Jefferies needs to win the final round at west London and take all three legs of the A final to win the tie break, a tough ask given Grainger’s current form with the TC7, Elliott Harper can’t now win the series overall but a strong result at West London could see him challenge for the runners up spot and Elliott is always quick at West London.

In the Pro Stock class Zak Finlay has already taken the 2016 title so potentially this had all the hallmarks of a none event, but it proved to anything but, Zak and his X-ray did take another convincing win but this time his nearest challenger in the form of the Schumacher of James Hart was notably a lot closer and he piled the pressure on Finlay during the three leg finals, Hart may be left cursing he has found pace too late in the season to challenge for the title but given his pace expect him to challenge Finlay’s goal of winning all five rounds, Chris Gunter took third spot at Mendip after a consistent weekend with his Schumacher

One of the stars of the 13.5 stock final was the excellent performance of Daniel Blake, we have watched Daniel improve over the season and narrowly miss out on A finals but this meeting he made it and performed brilliantly to finish sixth, another junior going well at the moment is Michael Bolt 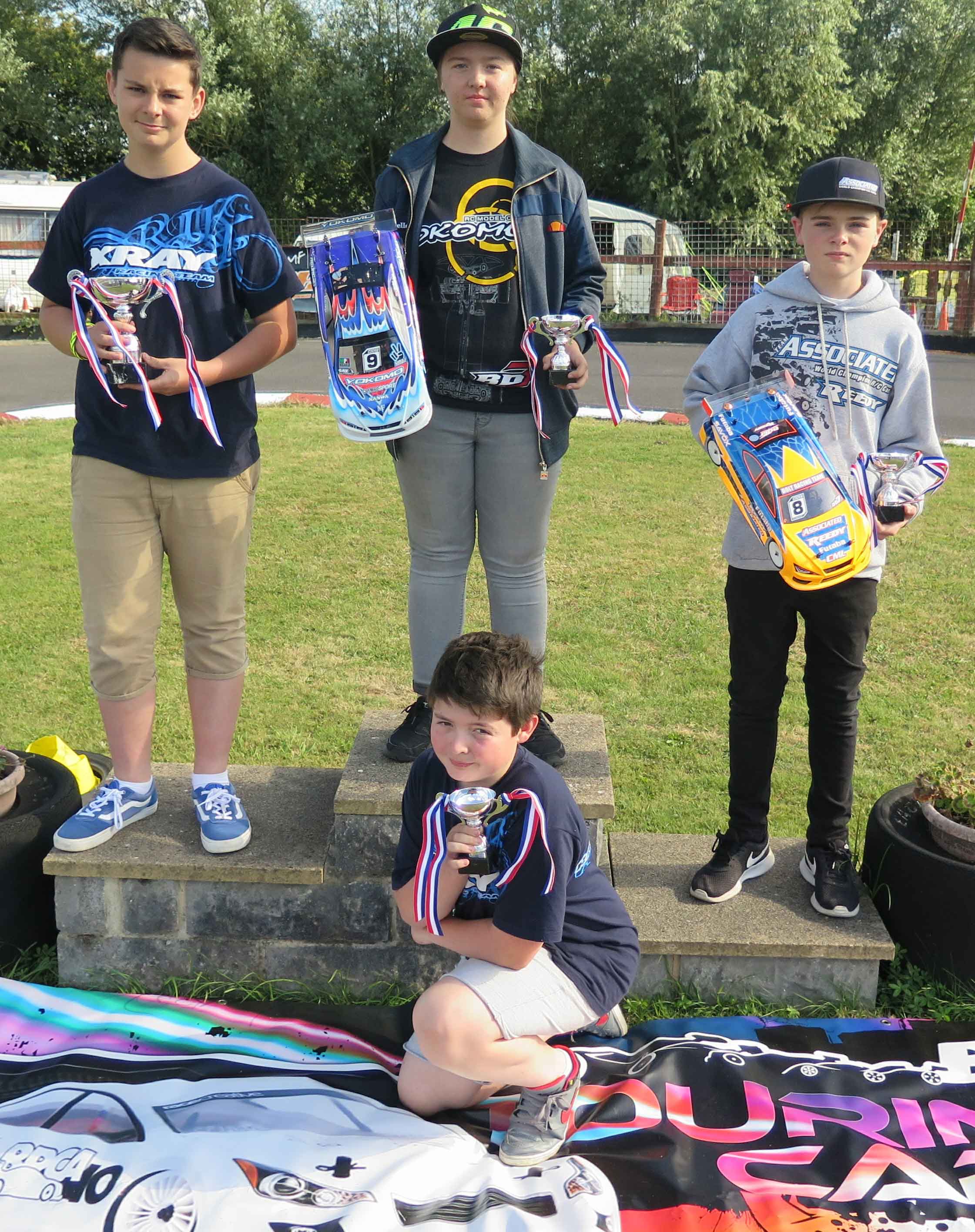 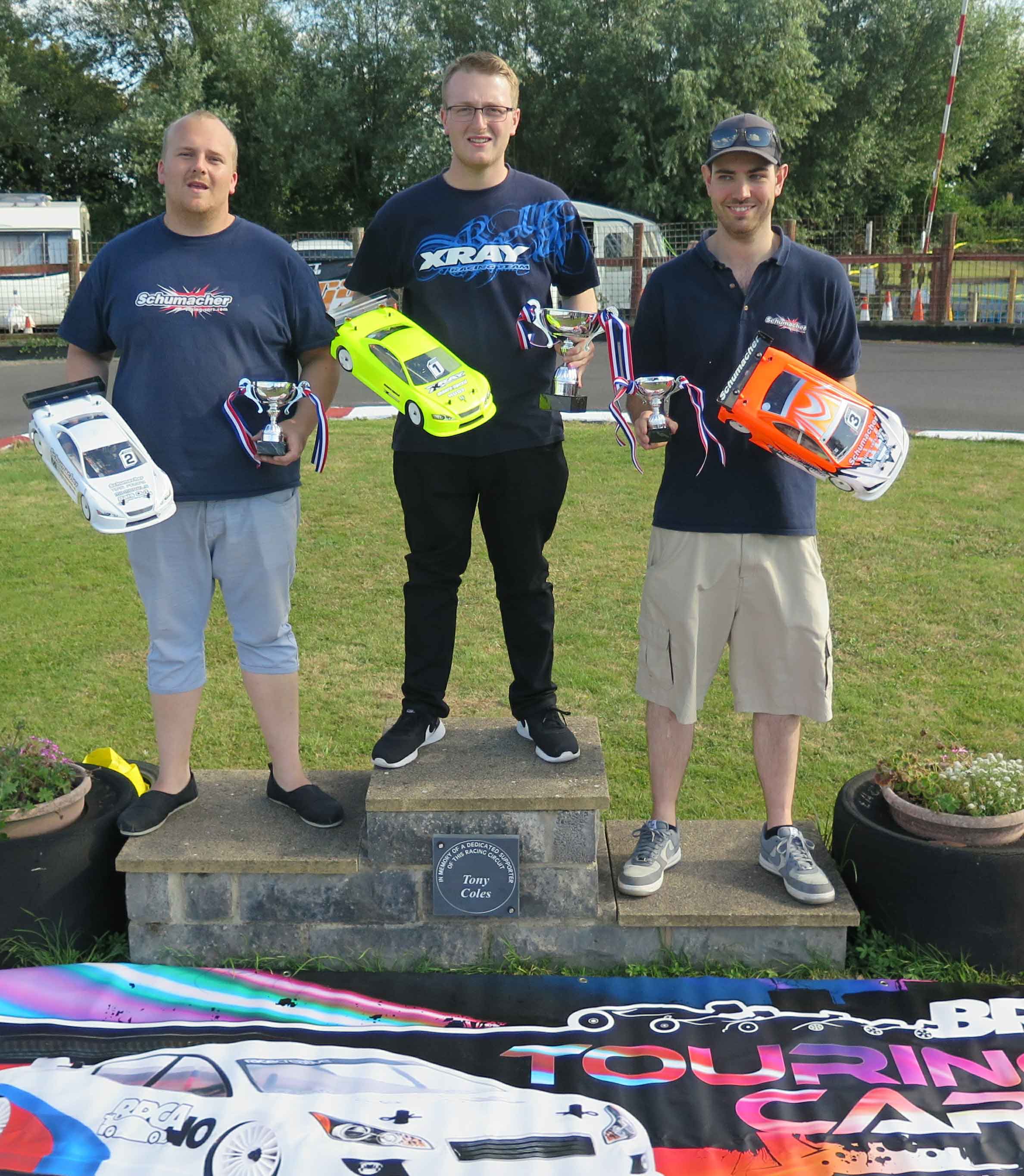