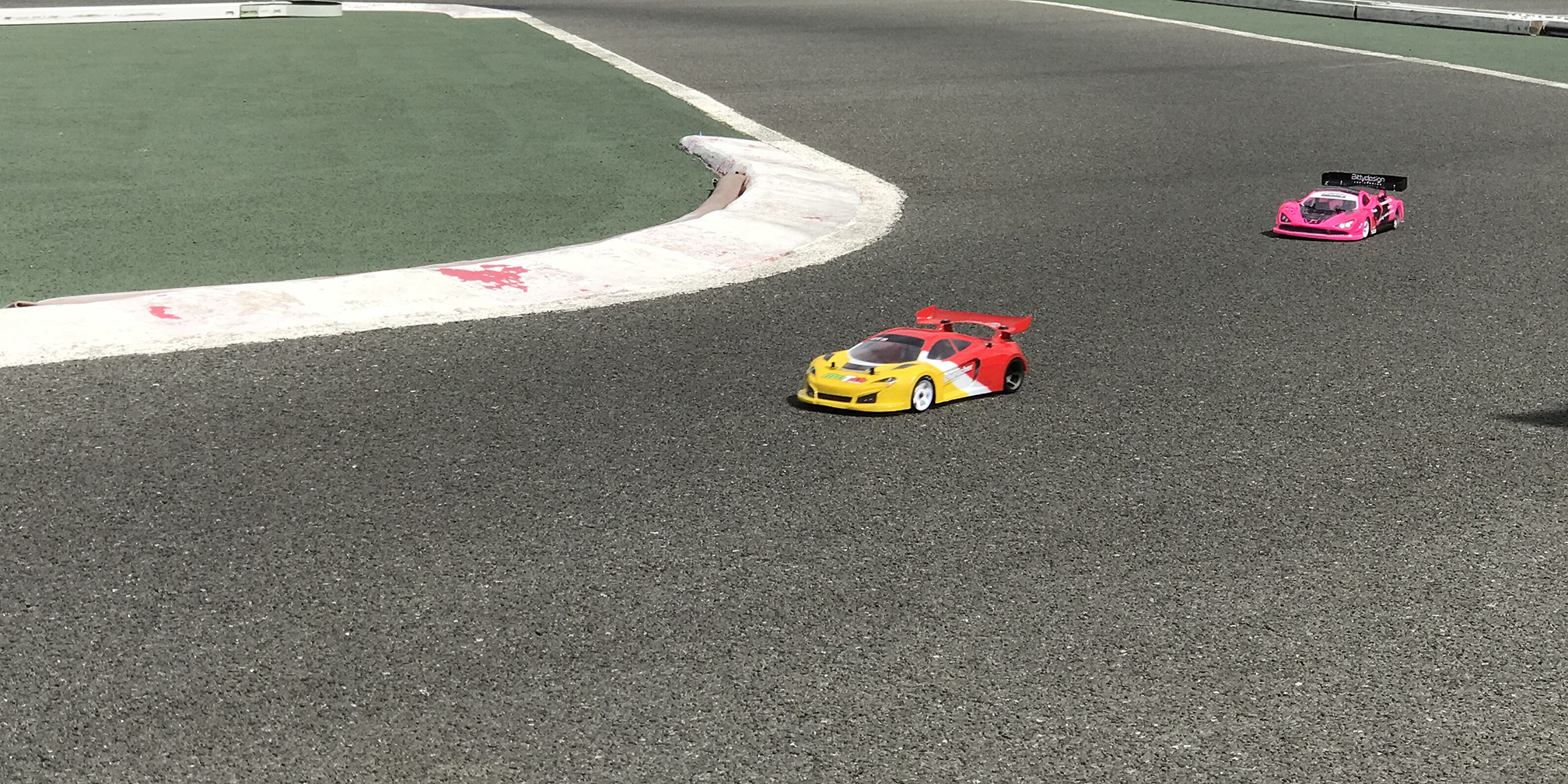 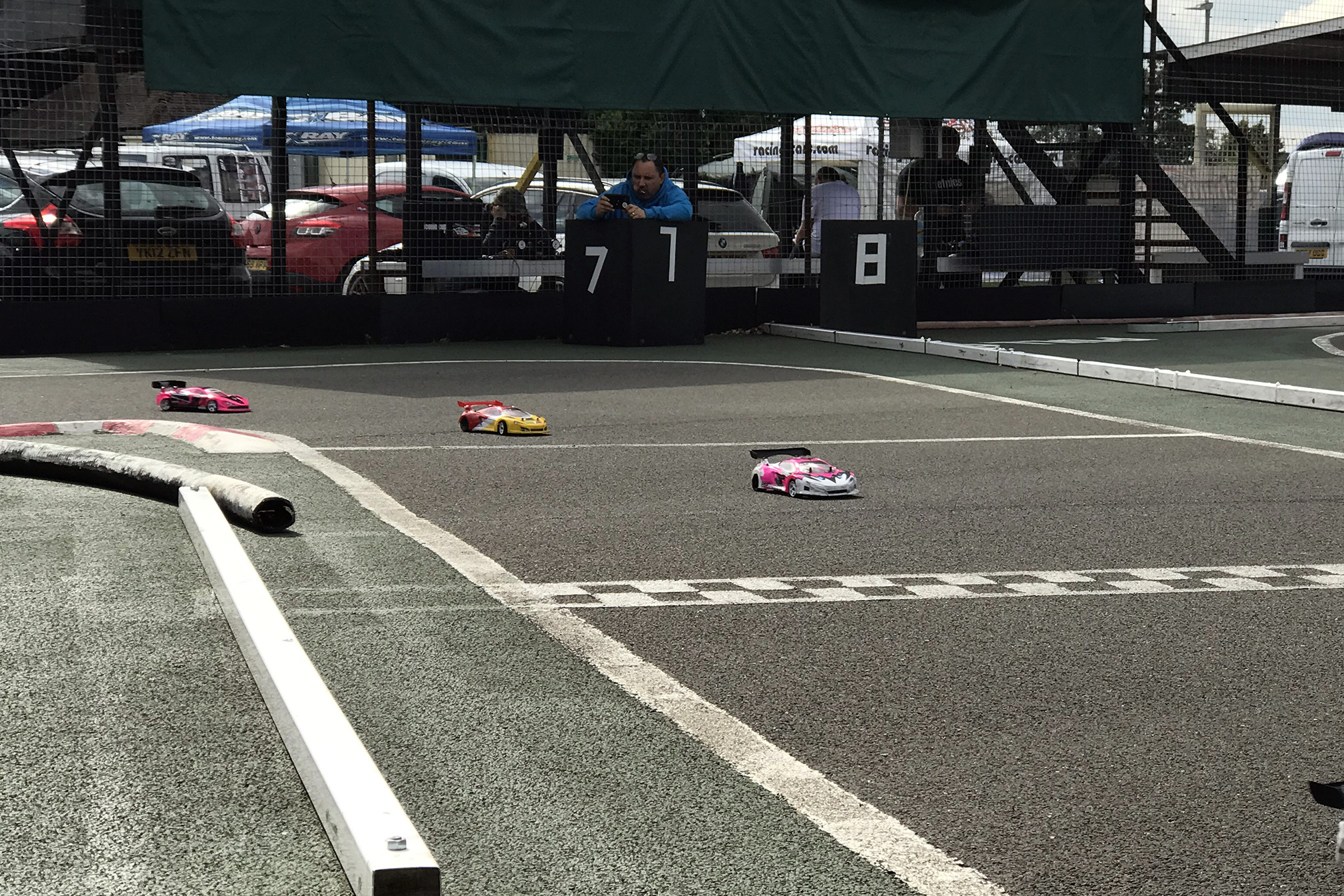 On Sunday 1st of August, alongside their usual Sunday Club meeting, Bedworth Radio Controlled Car Club welcomed us for the GT12 Outdoor Grand Prix. Despite the iffy weather forecast, 10 intrepid GT12 drivers joined in, in total.

Unfortunately iffy weather meant the initial 2 sessions of practise were slightly curtailed, but Bedworth were very used to dealing with the weather, and shuffled the meeting around so that there was maximum dry running time for the GT12s and the couple of Pro-10 cars that were also there. This was very much appreciated by all!

So, into qualifying; and this was a learning experience for all of us GT12 drivers; Bedworth’s track surface is incredibly smooth, and so all the setup changes made to cope with bumpy surfaces proved somewhat unnecessary, beyond just increasing ride height… however with a cold and slightly moist surface, some of the cars were more challenging to drive than others. Torville and Dean would have been proud! As the track warmed up and dried, the cars began to work very well. The Italians are definitely on to something; although I suspect their weather helps!

Having all had a fun time in round 1, subsequent rounds of qualifying were a matter of watching the track conditions, and deciding on whether to run tyres with or without additive…. and of course getting used to Round-By-Round qualifying, which suits outdoor meetings better with the much more variable track conditions.

Qualifying complete after 3 rounds, Young gun Dan Robins had taken TQ, with David Gale in P2, and Ewan Thompson in P3. It was agreed that as the track conditions were different to what we were used to indoors, and as this was a special event, to split the finals into an A and B final of 5 cars each. Finals were 2 legs; twice as much racing as usual!

So with that it was on to finals. The track had warmed and dried thoroughly by this point, so the cars were behaving well, and the racing was close. In round 1 we saw Dan and David fight closely for the lead, swapping positions before finally Dan managed to pull away. Sadly for him, just missing the buzzer so not able to get the extra lap, but with a 9s lead.

Round 2 we again saw close racing, with Dan David and Ewan all close for a good number of laps, before little errors began to tell and separate the cars. A small error on David’s part let Dan get a gap, and then Dan managed to get the extra lap, finishing with the fastest time of the whole day, at 20 Laps, 315.25s.

We would like to thank Bedworth Club for making us so welcome, and running a fantastic meeting; and all the racers who braved the outdoors with their GT12s. 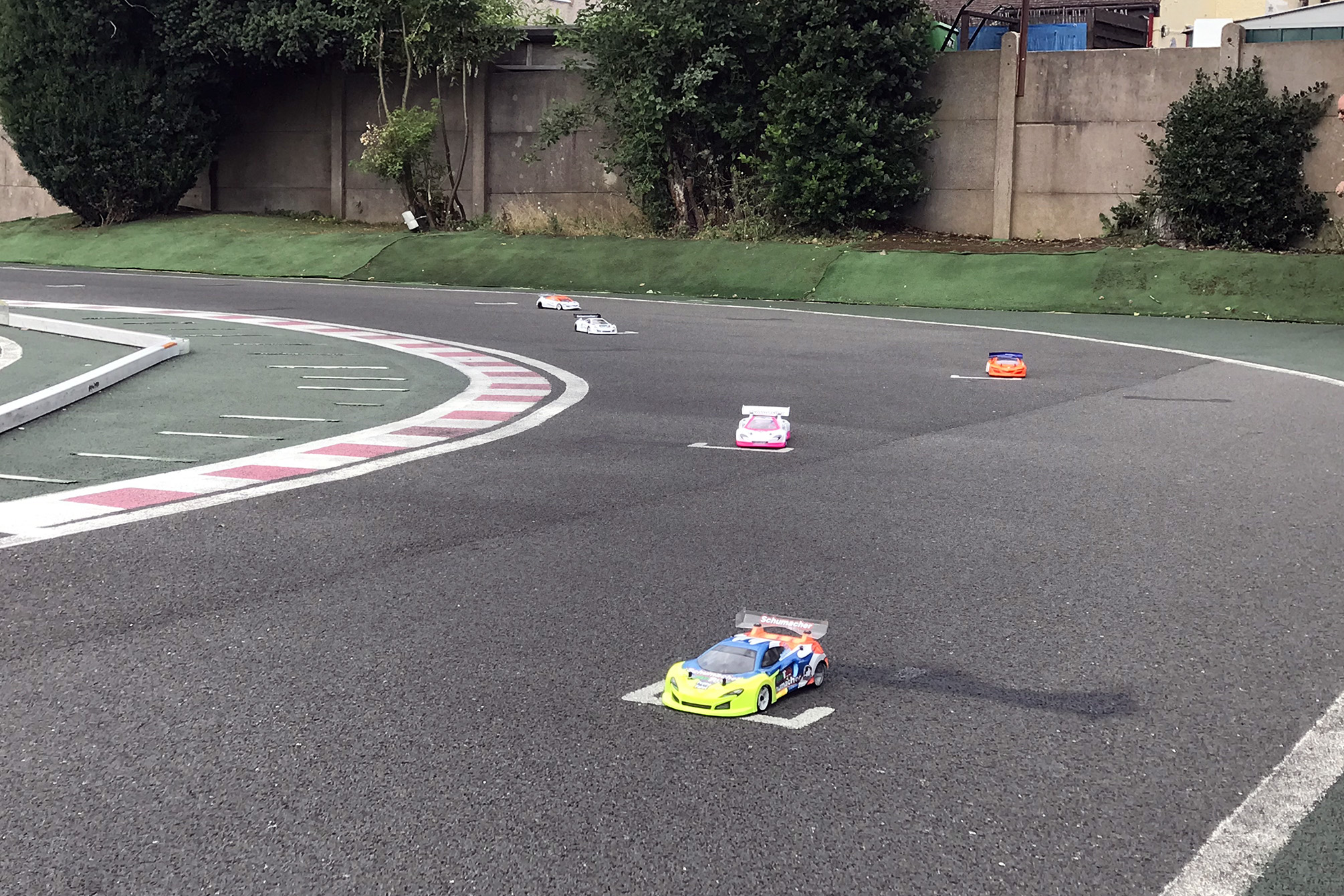 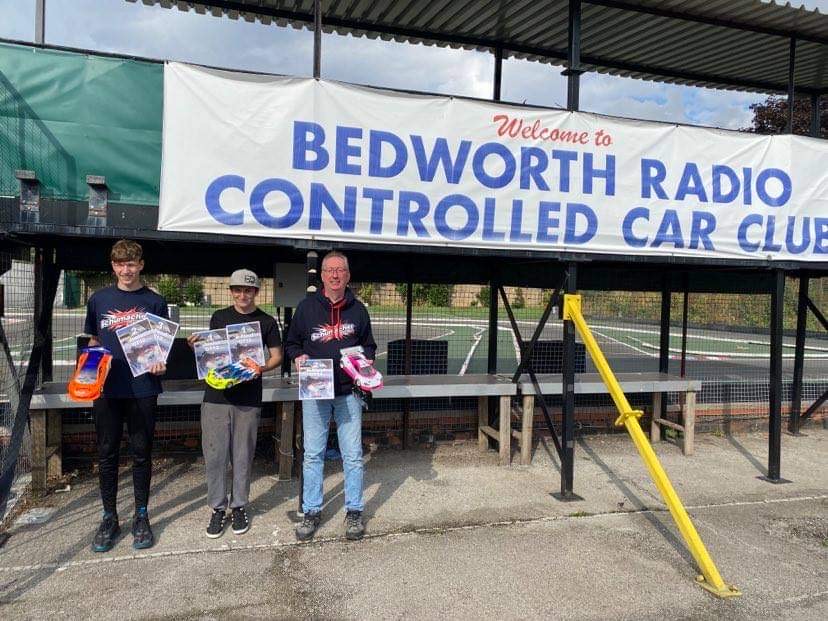